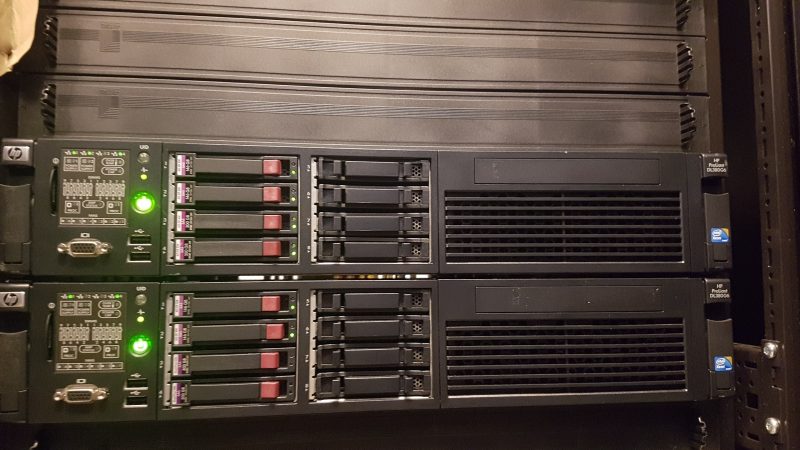 “Piglet was so excited at the idea of being Useful that he forgot to be frightened any more, and when Rabbit went on to say that Kangas were only Fierce during the winter months, being at other times of an Affectionate Disposition, he could hardly sit still, he was so eager to begin being useful at once.”

The last time I was handed a new server for the things I did would probably be around 2008. That was a good year, except for most things that happened.

Of course most things are Cloud now (and the servers I used to maintain are no exception) – there is still often value in legacy hardware as legacy is in the eye of the role holder.

Step forward, 2x HP Proliant DL360 G6s, decomissioned by our Cloud team a number of years back – but absolutely fine for lab purposes, which is all about config and not performance.

Physically, we only need 3 cables – management into NIC1 (vnic0) on each box, and a cable between them so we can split resources (NIC4 – aka vnic3) – 3 as its the magic number.

Next: vSwitches and vlans – and a lesson learned to do this well in advance.

This may be a good place to introduce yourself and your site or include some credits.